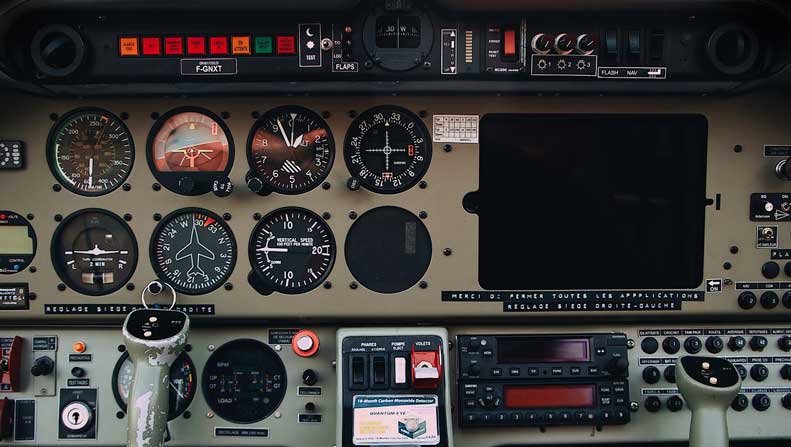 The attitude indicator is one of the six basic flight instruments found in any cockpit. At a glance, it gives the pilot a clear picture of the aircraft's relative position to the Earth's horizon. With one simple dial, the pilot can see whether the plane is climbing, banking or descending. Without it, a pilot has to cobble together a picture of the aircraft's attitude from other instruments such as the turn and bank indicator and vertical speed indicator.

While traditional gyroscope indicators are still found in many aircraft, new types of attitude indicators such as electric and digital versions are becoming more accessible for general aviation aircraft.

In 1916, inventor Lawrence Sperry tested attitude indicators as part of the military's push for instrument flight in World War I. In 1929, aviator Jimmy Doolittle made the first takeoff-to-landing instrument flight using a Sperry artificial horizon. By World War II, attitude indicators were common in military aircraft. And during the post-war aviation boom, many civilian aircraft were equipped with the technology.

Today, attitude indicators are found in nearly all aircraft, and many general aviation aircraft still use instruments based on the earliest technology. Beginning in 2003, the Federal Aviation Administration allowed the use of electric attitude indicators in non-commercial aircraft under 12,500 pounds as backups to the gyro systems. But they were considered a redundant system to the traditional units.

In 2015, the FAA began allowing aircraft under 6,000 pounds to use electronic indicators as their primary instrument. Now, types of attitude indicators range from steam gauges to fully digital instruments as the primary flight instrument.

With advances in digital instrument technology, pilots have a range of choices for a new attitude indicator in the instrument panel:

Many general aviation aircraft fly with the vacuum- or air-powered gyroscopic attitude indicator. A vacuum is pulled, or air blown to spin the gyroscope inside the instrument case. Vacuum gyros are susceptible to contamination and leaks in the system that can result in inaccurate indications. Depending on the age of the instrument, it may have limitations on the degrees of bank and pitch that it is able to display without tumbling. Newer units do not have the tumbling problem.

Electric attitude indicators use an electrically driven gyroscope instead of a vacuum. Electric indicators are commonly used as a backup instrument with battery power in the event of vacuum indicator failure. They usually don't have the same limitations as the traditional units but have a cage lever to cage the gyro during maneuvers to avoid a lengthy erection process. 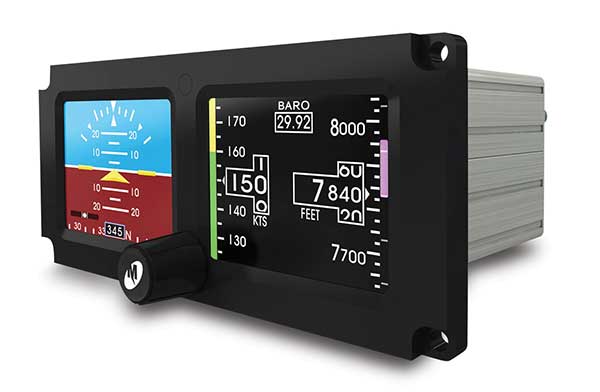 New FAA policies allow the replacement of a vacuum-driven instrument with an electronic version for primary use. This means digital attitude indicators can be part of a glass cockpit installation, changing the way pilots scan the instrument panel by combining several traditional instruments into one unit.

Even a small general aviation aircraft can have a glass cockpit like a business jet. The all-in-one primary flight displays incorporate the attitude indicator as well as aircraft heading, altitude, airspeed and vertical speed indicators. The digital panels are lighter and require less maintenance, helping reduce costs and enhancing the flying experience overall.

Choosing the right instrument for your aircraft will significantly affect your aircraft's performance and your flying experience. Here are five factors you should consider when deciding between attitude indicator types:

If you're unsure about what type of attitude indicator you need, talk to the experts at Mid-Continent Instruments and Avionics. We offer a wide range of instruments for all levels of aircraft and provide expert service and support.

Attitude indicator technology continues to develop in the digital age, allowing aircraft operators to make the switch if they so desire. It's easier than ever to find the solution that fits your aircraft and your budget. If you have questions about your attitude indicator or other flight instruments, visit our resource center for troubleshooting guides and other informational content.

As an industry leader in aircraft instruments, avionics and power solutions, the experts at Mid-Continent Instruments and Avionics are well-versed in everything from designing to repairing aircraft components. Pilots request Mid-Continent by name because of our well-earned reputation for reliable and exceptional service. To access our products or overhaul services, locate a dealer near you.