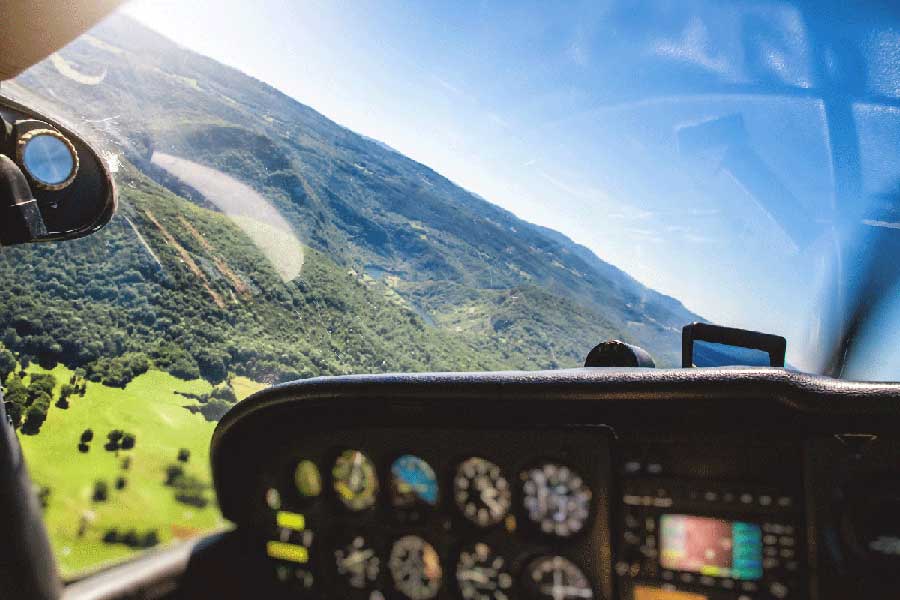 Vertical speed indicators (VSI) measure the change in static pressure due to a change in altitude and present this information as the rate of climb or descent. Because the pointer on the VSI instrument face responds to the difference in pressure between two areas in the instrument, there is often a lag of six to nine seconds for the pressure differential to be established before the VSI can show the actual climb or descent rate, according to the Federal Aviation Administration. Instantaneous vertical speed indicators (IVSI) contain accelerometer-actuated air pumps to reduce the lag time inherent in simple VSIs. 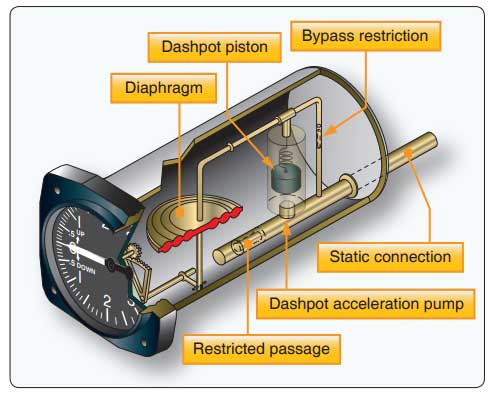 An IVSI contains the same basic components as a VSI, but adds one or more accelerometer units mounted in the vertical axis to create a more rapid differential pressure at the initiation of a climb or descent. Pilots can tell an IVSI from a VSI by the words “Instantaneous Vertical Speed” or the letters “IVSI” on the indicator face.

The accelerometer(s) in an IVSI consist of a weighted piston held in place by springs inside a cylinder (also known as a dashpot). The cylinder is connected on one end to the static pressure source and on the other end to the aneroid. The initiation of a climb or descent increases the g-force on the piston, causing it to move and instantaneously push air into the aneroid (in the case of a descent) or allow it to expand out of the aneroid (in the case of a climb). The instantaneous pressure differential caused by the moving piston provides a reading on the instrument case without any time lag.

After a few seconds of continuous climb or descent, the piston stops moving and the pressure differential between the static and case pressure takes over to provide the rate information as a normal VSI.

Benefits of Using an IVSI versus a VSI 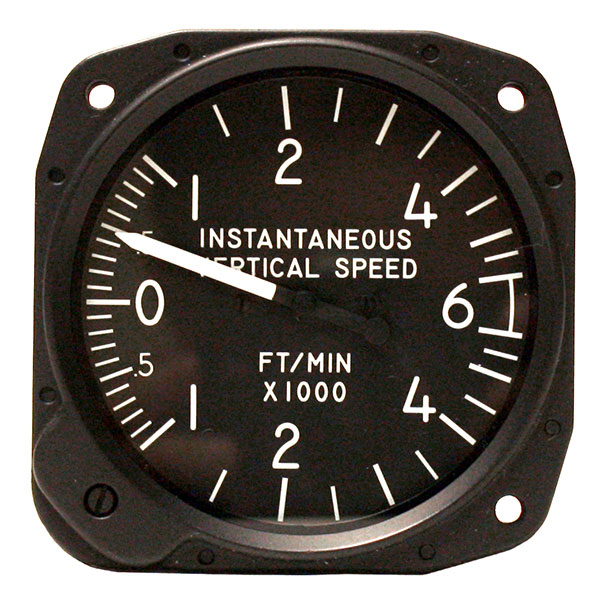 Having an IVSI installed reduces the tendency to overcontrol the aircraft due to the indication lag time. According to the FAA’s Instrument Flying Handbook (page 6-6), the lag time is proportional to the speed and magnitude of the pitch change. Slow, small changes in aircraft pitch shorten the VSI indication lag time. But if the pilot quickly makes a large correction to the aircraft pitch to change altitude, the lag time increases, which may induce the pilot to overcorrect the aircraft.

Since an IVSI provides instantaneous indication of the climb or descent rate, the pilot is less likely to “chase the needle” and overcontrol the aircraft.

At Mid-Continent Instruments and Avionics we offer VSIs and IVSIs in new or overhauled condition from several manufacturers. Our knowledgeable staff will be happy to help find the right instrument for you.