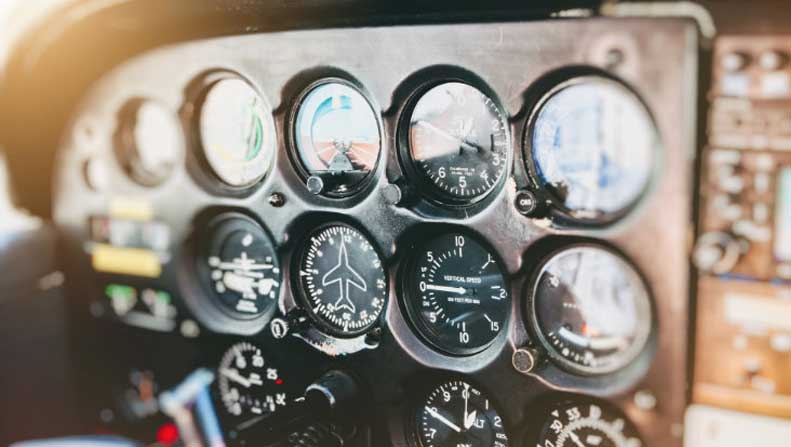 In 1937, the Royal Air Force selected six critical instruments to be installed in nearly all of its aircraft. Adopted by both commercial and general aviation aircraft manufacturers for decades thereafter, the arrangement became known as the “six pack.”

What are the Six Basic Aircraft Instruments?

A quick scan of the six pack provides the pilot with current information on aircraft speed, altitude, climb/descent, attitude, heading, and turning/banking. Individually, the six pack instruments are:

Use the below code to embed this infographic on your website

The AI, HI, and turn indicator are gyroscopic instruments that contain an internal gyro powered by vacuum, pressure, or electrical power. 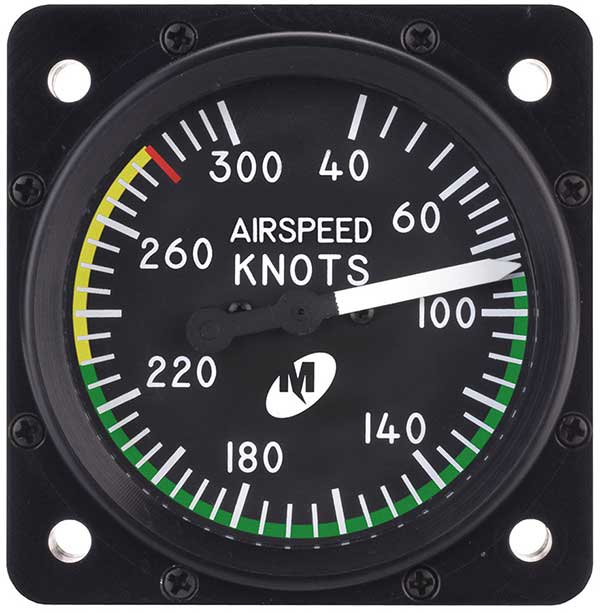 The ASI uses the pressure differential in the pitot-static system to measure and display the aircraft’s speed. In most aircraft the ASI displays speed in knots or miles per hour. A needle points to the aircraft’s current indicated air speed (IAS). Standard color-coded markings provide various critical speed information for that model of aircraft, including stall, flap setting, normal operating, caution, and never exceed speeds. The table below shows what the colors on an airspeed indicator mean. 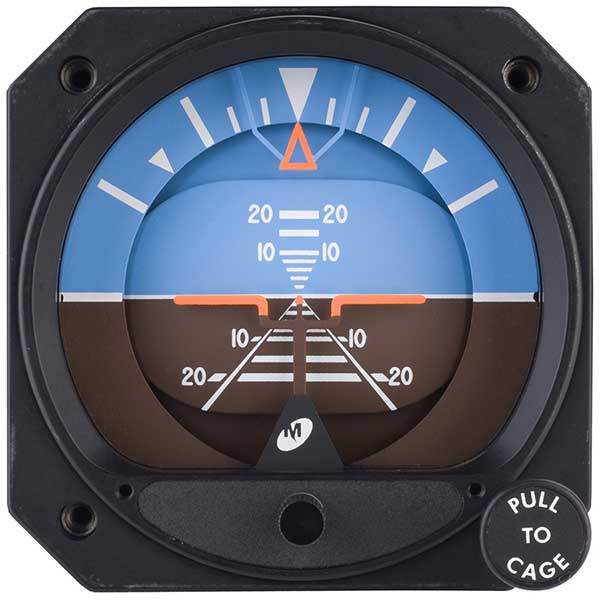 Also known as the artificial horizon, the AI uses a rigidly-mounted internal gyro to display the aircraft’s attitude relative to the horizon. The display consists of a miniature aircraft aligned to the horizon in straight-and-level flight, with a blue sky above and brown or black ground below.

A vertical scale crossing the horizon shows degrees of pitch up or down. A curved scale across the top shows degrees of bank left or right. When the aircraft changes pitch or direction, the aircraft essentially rotates around the AI’s gyro, and the instrument display responds accordingly. 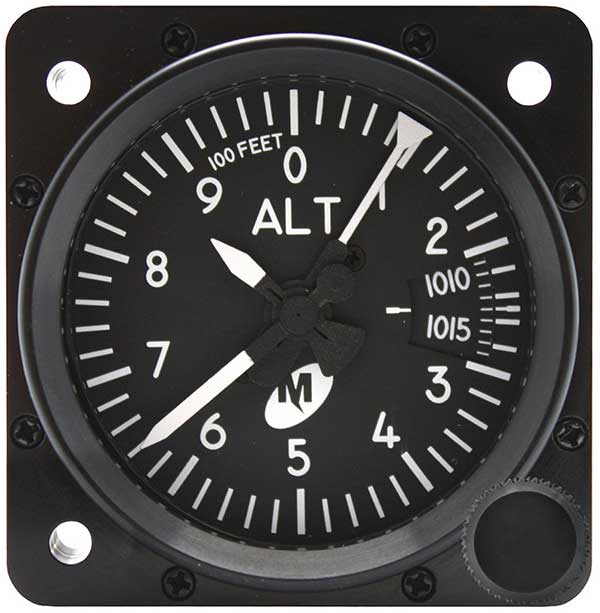 The altimeter uses barometric pressure obtained from the static port to display the aircraft’s approximate altitude or height above mean sea level (MSL) in feet. Three pointers provide the altitude information in 100, 1,000 and 10,000 foot increments. 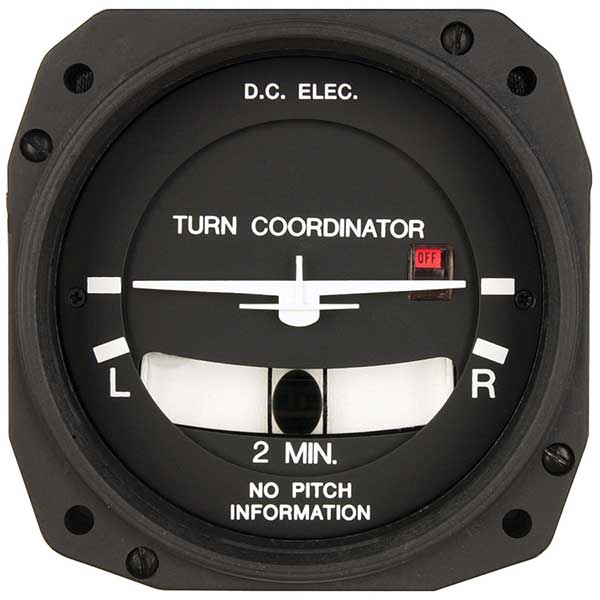 The TC uses a canted internal gyro to display both initial roll rate and stabilized rate of turn. An aircraft silhouette mimics the aircraft to show the direction of turn, and will align with a mark on the display if the aircraft is turning in a standard rate of three degrees per second.

Note that the TC is not meant to indicate a bank angle, just rate and direction of turn. The TC may include a liquid-filled inclinometer that provides slip or skid information. 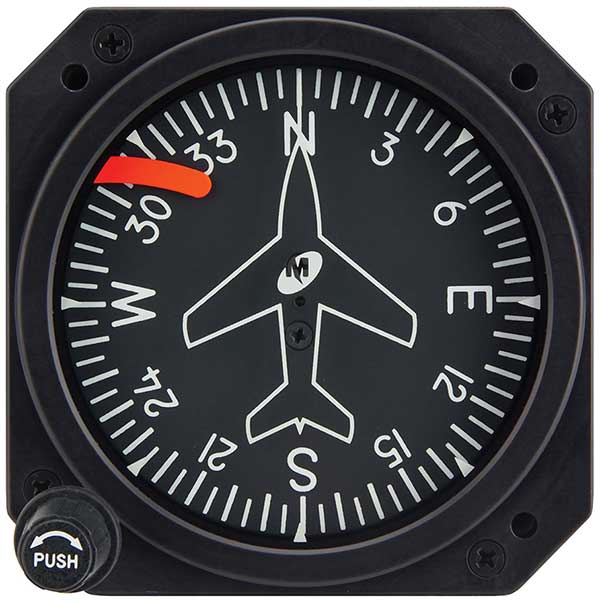 The HI uses a rotating gyro to display the current compass rose direction (otherwise known as the heading) that the aircraft is flying. Using a 360-degree compass card with north as zero or “N,” the HI shows headings in 5-degree increments with every 30 degrees enumerated. To reduce crowding, the last “zero” of the heading is omitted—”3” is 30 degrees, “12” is 120, etc.

An adjustment knob turns the internal HI compass card to align with the aircraft’s magnetic compass. 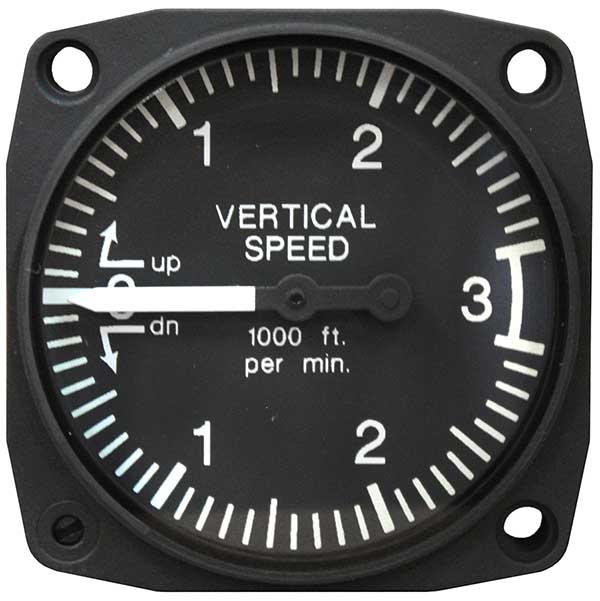 The VSI uses internal pressure differential to provide a visual indication of how fast the aircraft is climbing or descending. A diaphragm with chambers connected to the static port expands or contracts in response to climbs and descents, causing the instrument to indicate the rate of climb or descent in hundreds of feet per minute (fpm). A hole in the diaphragm releases the pressure change to return to zero rate when no change is occurring.

About Mid-Continent Instruments and Avionics

Serving more than 70 countries, we operate one of the largest maintenance, overhaul and exchange programs in the world and proudly support customers in general, business and commercial aviation, UAVs, defense and special missions markets.

Find an avionics dealer near you View overhaul, exchange and repair products